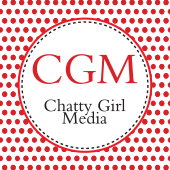 The Calgary Stampede is in full swing and the city has been taken over by cowboys and cowgirls! Everyday people are lined up for free pancakes as the city celebrates the Greatest Outdoor Show on Earth! Years ago we lived in Calgary and I still come back to visit during Stampede every year because I love it so much. We packed up the family and drove down from Edmonton to take in all the action. With so much to see and do with kids we ended up spending the whole day on the Stampede grounds! 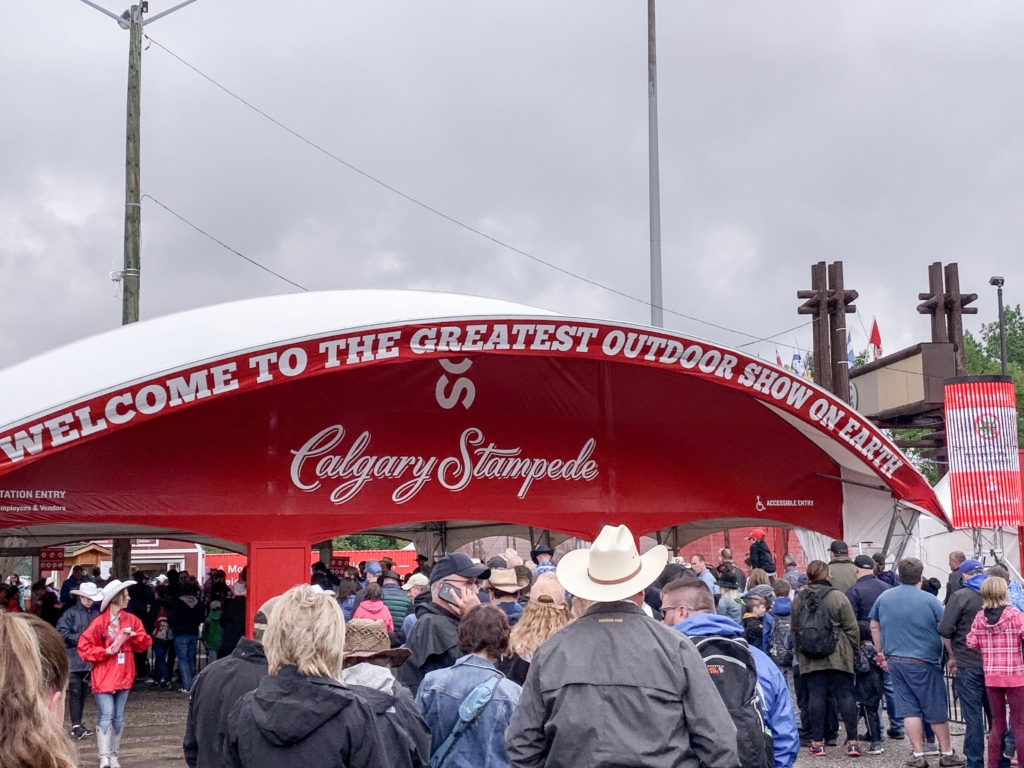 The kids were so excited to get to the Stampede grounds, at 7 and 11 years old they are the perfect age to enjoy everything! From rides to live shows, food to activities there are so many things to see and do with children. We’re sharing some of our favourite things to see, do and eat during the Calgary Stampede!

What to Do With Kids 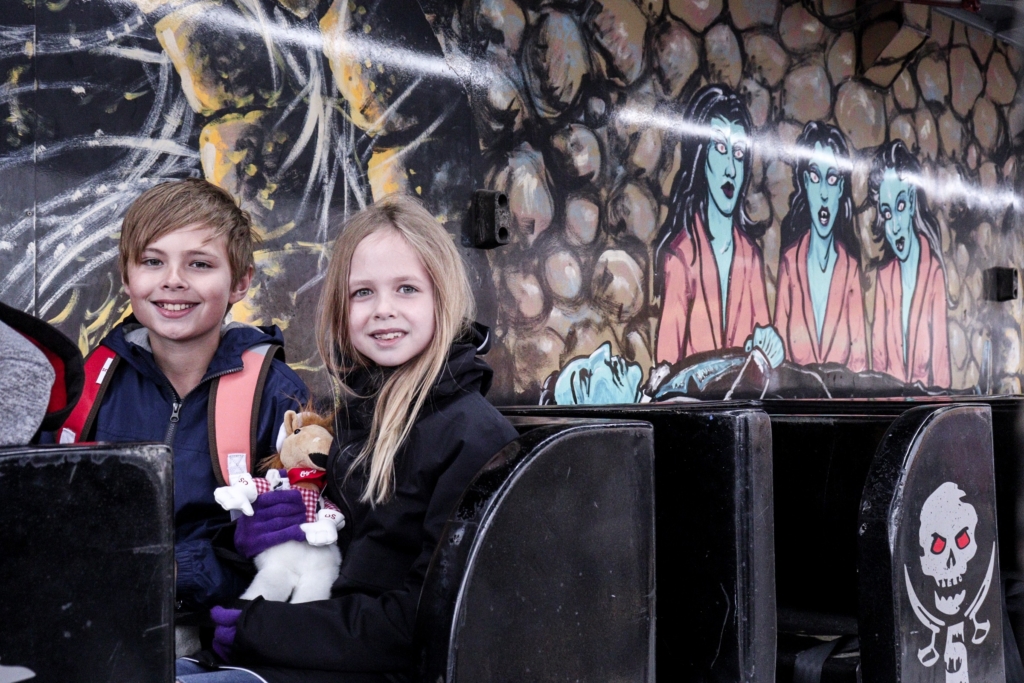 Midway – There are plenty of rides for all different ages at the Stampede every year. Our kids enjoy the bumper cars, crazy mouse, ferris wheel and this year they were brave enough to hit the roller coaster as well!  The ride all day wristbands allowed them to go on unlimited rides for one price. We find this to be a much better value than getting them the tickets. 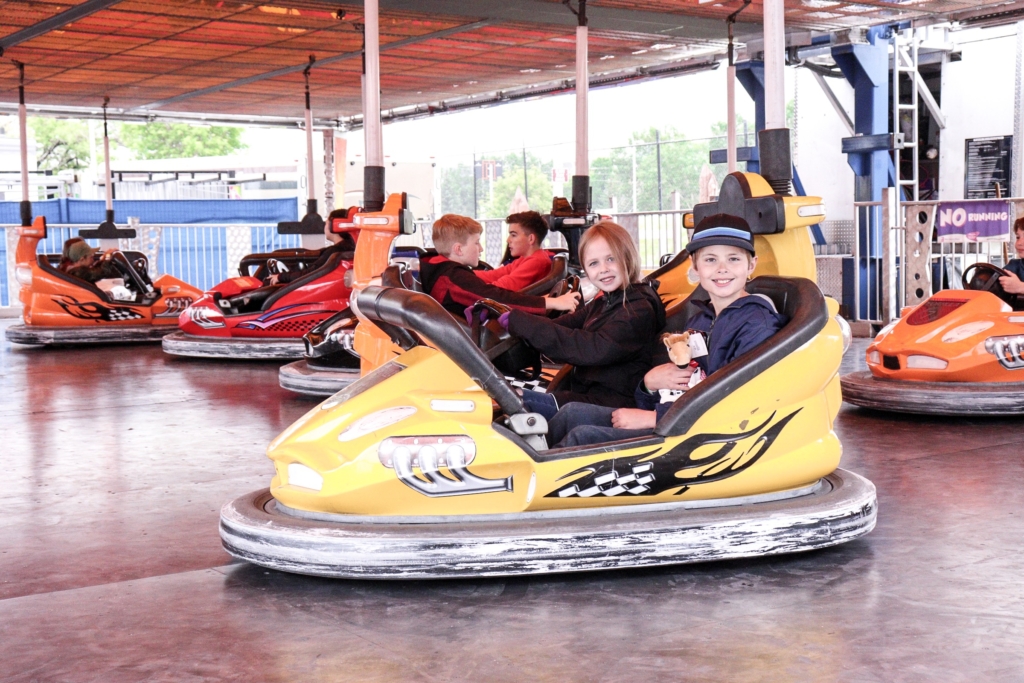 Stranger Things – Our 11 year old is OBSESSED with Stranger Things so he was stoked to see it had taken over the Calgary Stampede! It was pretty cool to see some of the rides and the midway area transformed to the Hawkins Fair, from the benches to the rides no detail was spared. They even had little rats on the planters! 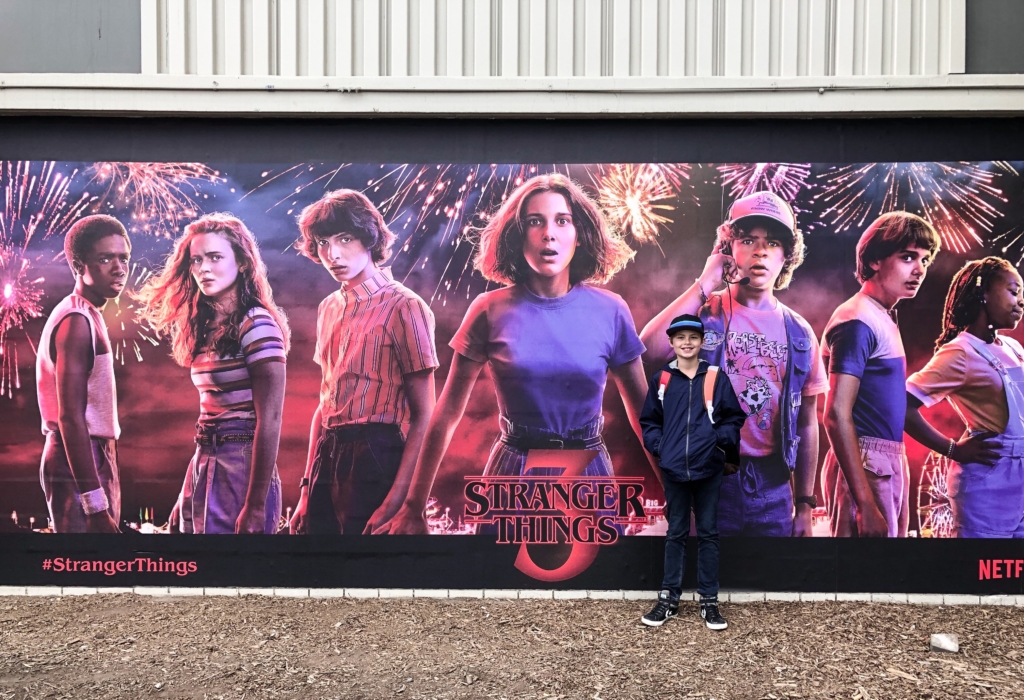 Some of the rides that were similar to the ones in the hit tv show were transformed as well! They had the Stranger Slide, The Ferris Wheel, a Balloon Pop, the Spider and a Stranger Things Funhouse. The Spider was taken over by the monster in the movie and even played all the original songs from the 3rd season of the series that was released this week. If you or your kids are a fan of Stranger Things then it’s a must see! 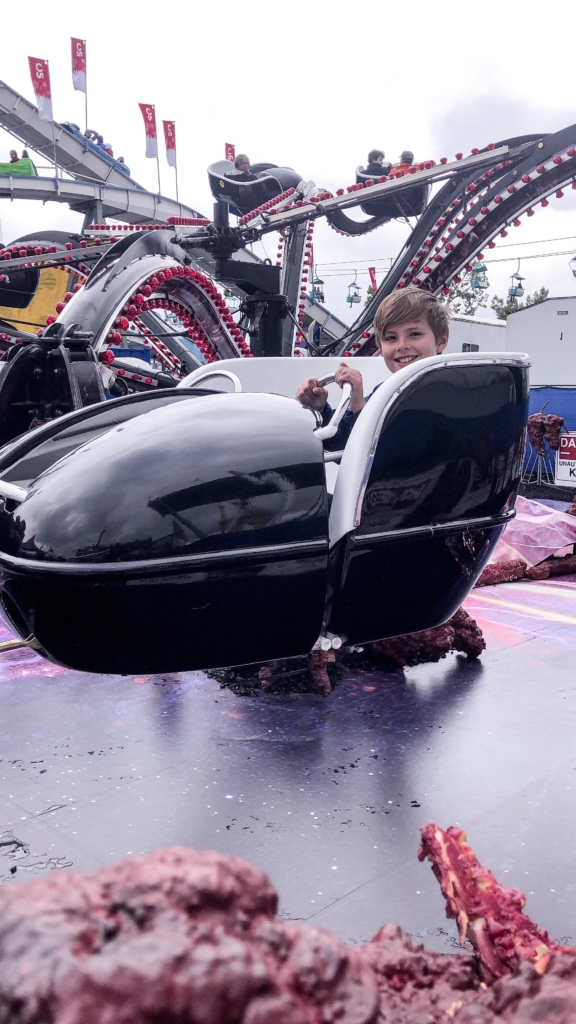 Food – The Calgary Stampede has been known for years for their variety of things to eat!  Every year they offer up an extensive list of new food options and this year was one of the best! We had a hard time choosing what to try, from cotton candy mini donuts to corndog poutines, here were a few of our favourite things! 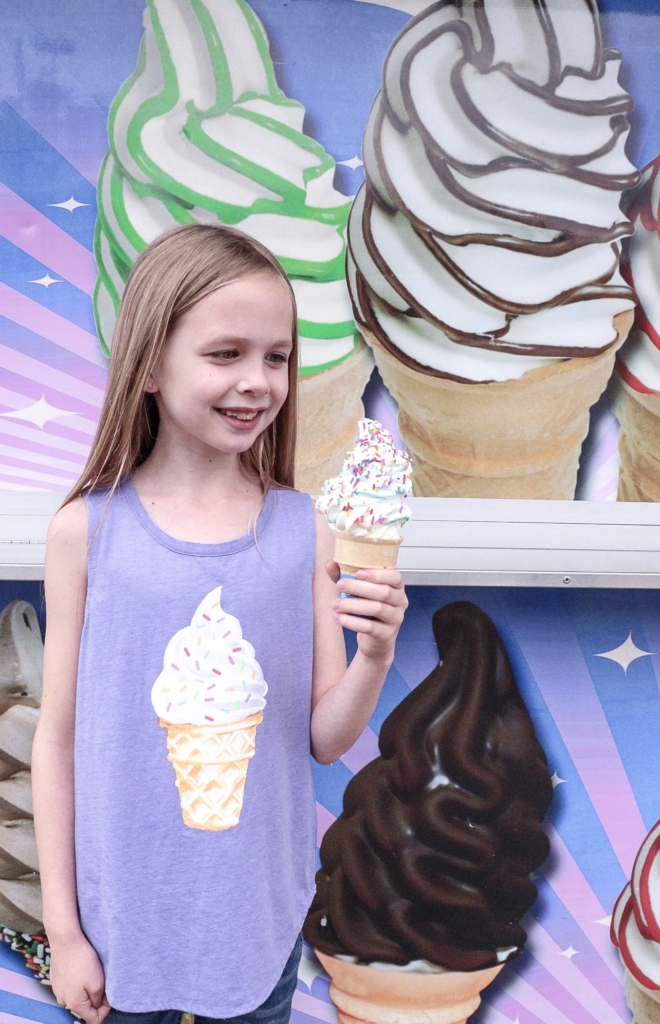 Ice Cream – There are so many options when it comes to ice cream. From the famous pineapple dole whip to the new butter beer ice cream (which won the best new overall food item) we had a hard time choosing what to try! Our daughter decided on cotton candy ice cream with sprinkles on top and loved it! You can find soft serve swirled with a variety of flavours at multiple locations throughout the midway. 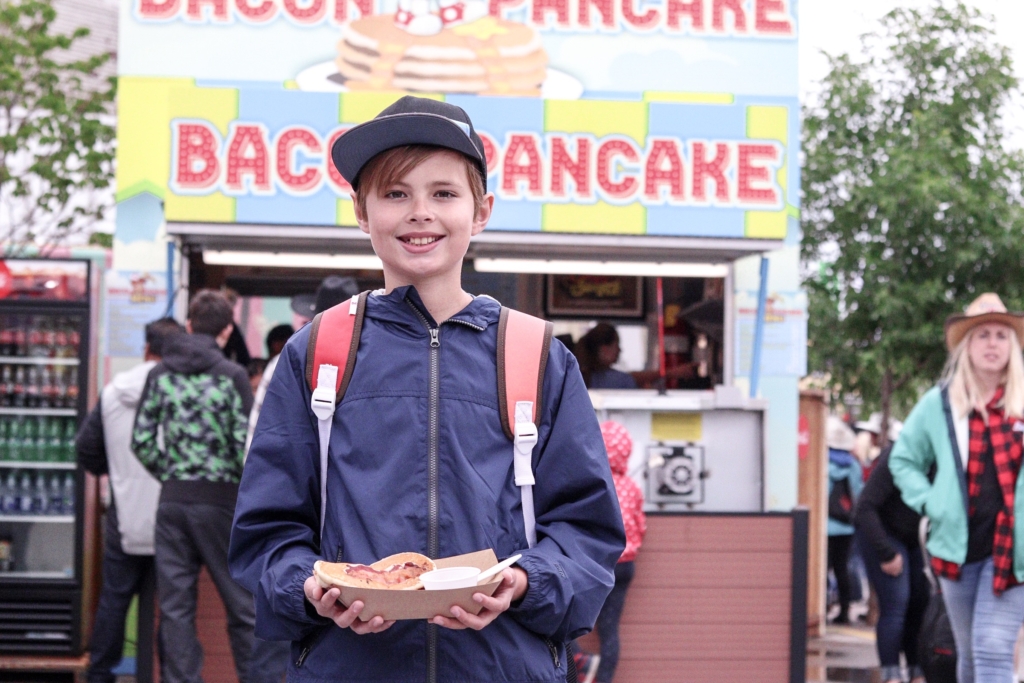 Bacon Pancake Dippers – This one was a must try for our son and it did not disappoint! Sizzling bacon was in the middle of these pancakes that were shaped for dipping. They come with 3 pancakes and are served with a side of butter and maple syrup. We will definitely be making these at home for the kids now that we tried them! Find them at Stacks Bacon Pancake House. 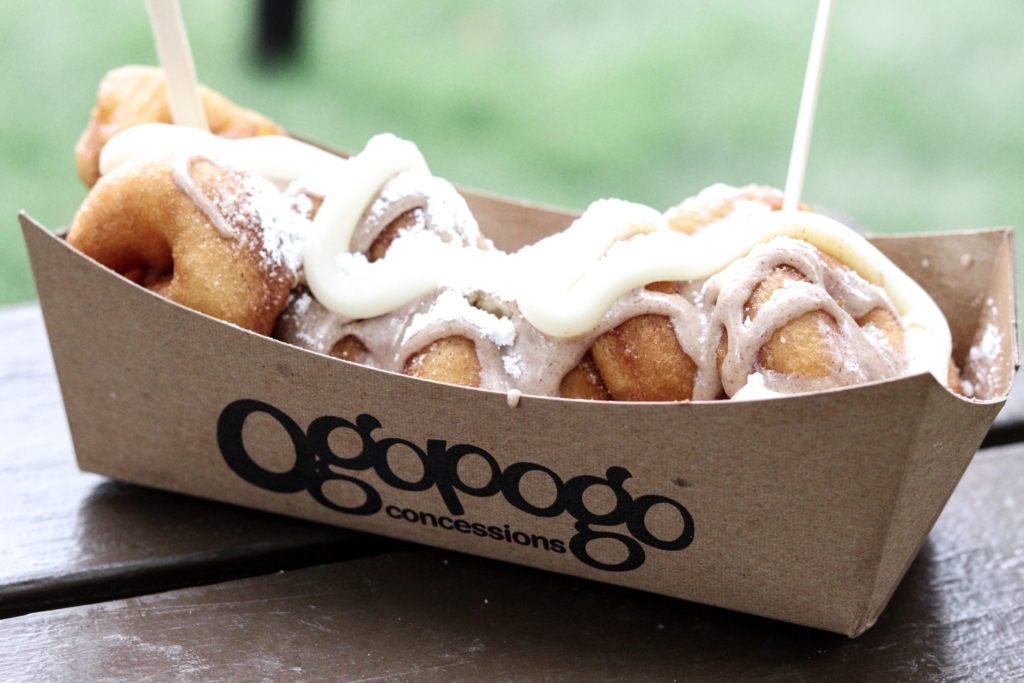 Mini Donuts – There are so many kinds of mini donuts on the midway this year we had a hard time choosing which ones to try! The classic cinnamon and sugar mini donut can be found throughout the Stampede but we had our eyes on some of the new options this year. From cotton candy mini donuts to cereal sugar mini donuts they have so many choices! We settled on the cinnamon bun mini donuts which were covered in a cinnamon sugar sauce and cream cheese frosting. They were deeelish! You can find them at the Ogopogo food truck. 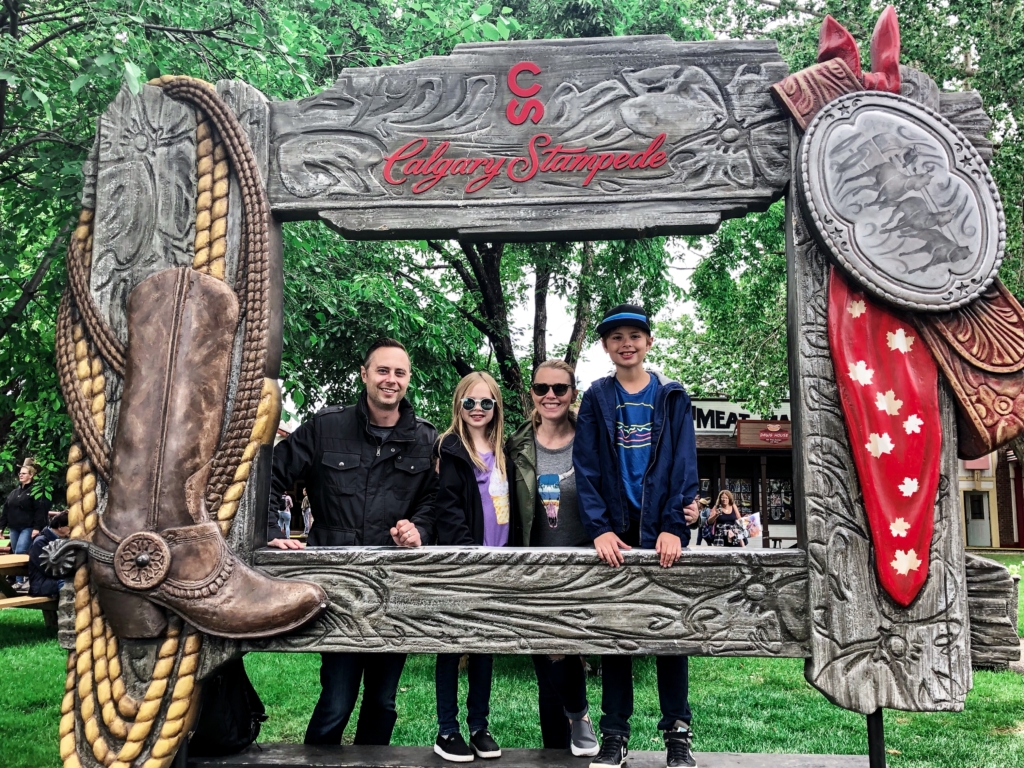 Photos – Capture memories of the Calgary Stampede in photos so you can share your adventures on social media! There are so many places to snap pics throughout the grounds, a few of our favourites this year were:

Cowboy Frame– you can find a few of them throughout the Stampede grounds, we snap a pic here every year! There are usually people waiting, but the good news is one of the will likely be happy to take a photo of you and your family. 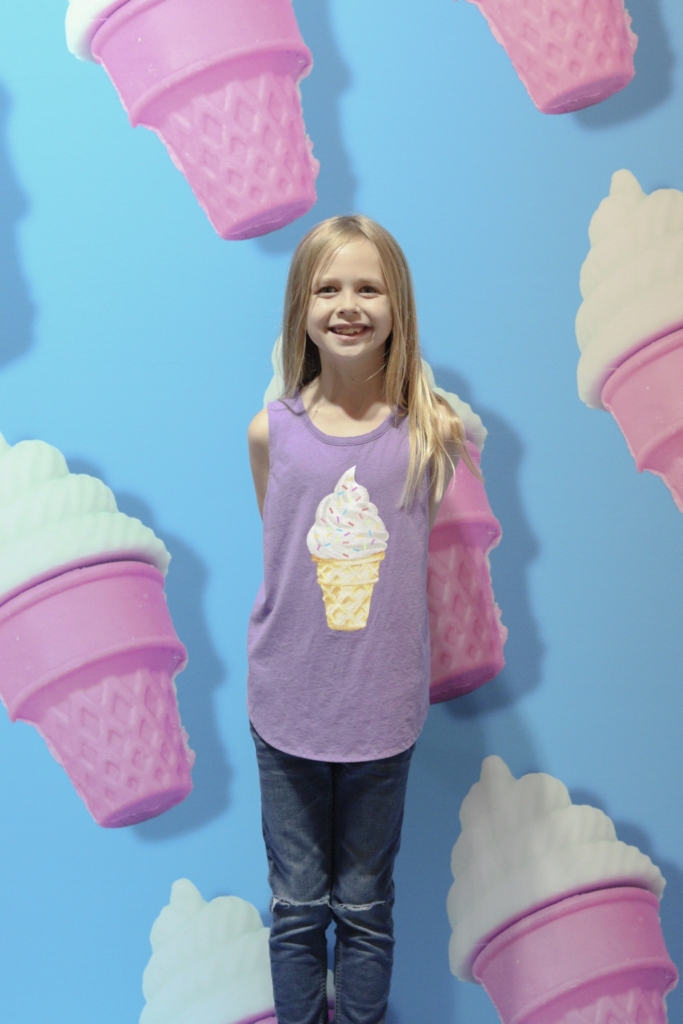 Instagrammable Walls – a new edition this year with fun pop culture designs! From ice cream to watermelon, these walls can’t be missed.  Find them at the Market in BMO Centre. 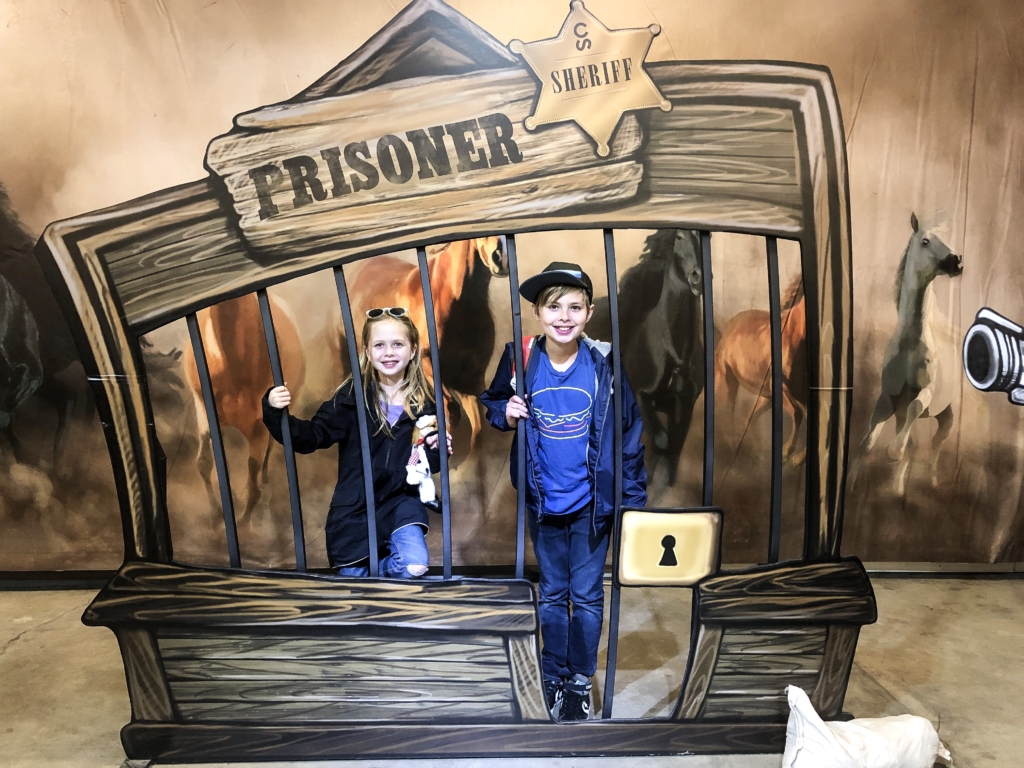 Cowboy Classics – The Big Four Building offers more than just food and drinks. Stop by for some fun photo opps including a prison (which is perfect for kids) as well as life sized games and entertainment! 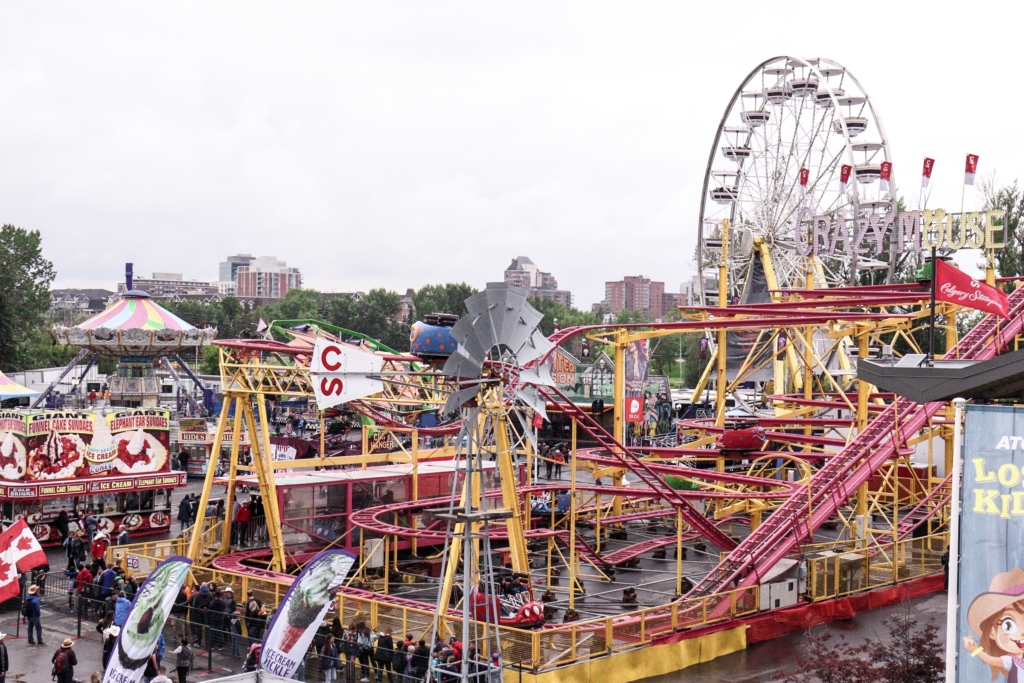 Thank you to the Calgary Stampede for hosting our family this year. We were so excited for the opportunity to share some things about the Greatest Outdoor Show on Earth with readers. Views expressed are my own based on personal experiences. I love the Calgary Stampede and have been attending every year since 2002!